With Hen Harrier day just around the corner (7th August 2016), and to celebrate the launch of our latest RSPB charity T-Shirt “Harrier Potter and the Deathly Sparrows”, the RSPB have helped us with a guest blog to tell us a little more about these majestic creatures and how we can help save them.

If I say ‘harrier’, most people think ‘jet’, few ever consider the bird the jet was named after – the hen harrier. Seldom seen but rarely forgotten, this beautiful bird of prey is an agile hunter and its acrobatic ‘skydancing’ courtship display is one of the most breathtaking spectacles in British nature. 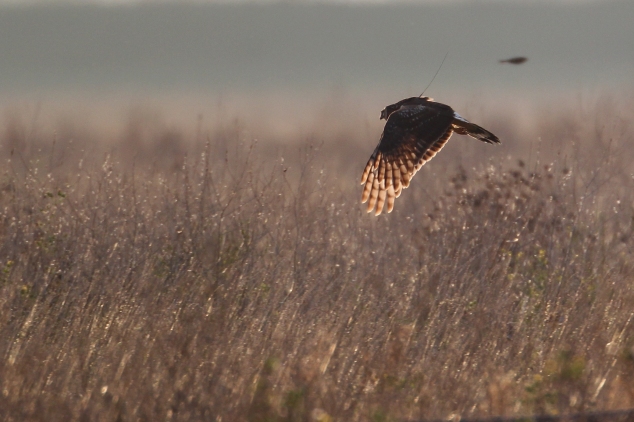 Despite their scarcity, hen harriers have been around in the UK literally since records began. Male and female hen harriers look so different that for centuries they were actually thought to be two different species. The hen harrier of the history books is always the male, with his pearly-grey plumage and black wingtips, while the female was called “ringtail” for the brown and beige stripes on her tail.
In fact, their differences show how perfectly adapted they are to the heathery moorland habitat they call home. Males are bright and showy, designed to stand out from the greens and browns and the landscape, while females are brown and mottled, perfectly camouflaged for nesting on the ground in the long heather. 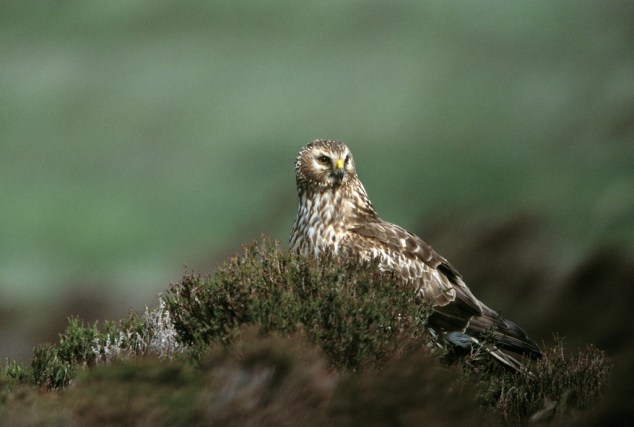 My favourite nickname for the male has to be “ghostbird” – a perfect description of that pale, ethereal shape, drifting over the misty moors in the morning light. By far the best thing about hen harriers though, has to be their aerial acrobatics.
The male hen harrier is a total show-off (like males of many species I could mention…!), and to attract a mate in the spring, he performs this incredible, death-defying loop-the-loop display over the moors, called skydancing. Essentially, he’ll fly as high as he can up into the air then suddenly dive headfirst straight towards the ground, pulling up just before he crashes, only to repeat the same thing over and over again. The longest every recorded skydance was over 100 consecutive dives. A sight that is absolutely magical to watch.
If a female likes his moves, they’ll build a nest together in the long heather and then the hard work really begins…
Being so well camouflaged, the female does all the hard work of incubating the eggs and rearing the chicks, while the male goes out to earn a living; hunting food to supply the whole family. The male isn’t allowed anywhere near the nest for fear that his bright colour might draw the attention of a fox or other predator looking for an easy meal. So instead, he calls to his mate and she meets him in mid-air as he passes his food to her on the wing. This is the only reason the female will leave the nest until the chicks are a couple of weeks old and better able to fend for themselves. Both she and the chicks are entirely dependent on him for food – so it pays for her to be picky about her mate. 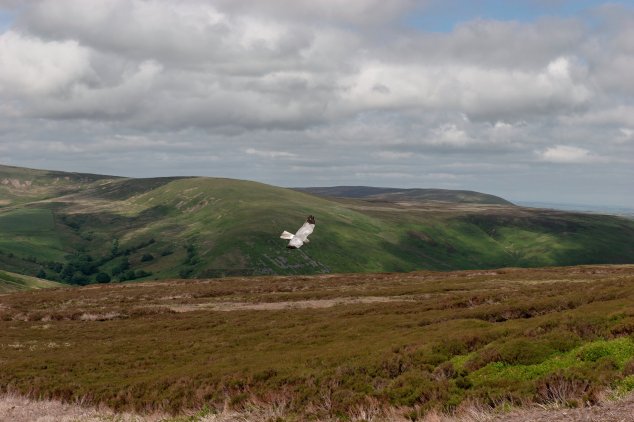 Hen Harriers lay up to 5-6 eggs in a nest and it takes just over a month of dedicated incubation for them to hatch. It will be another month again until they’re big enough to stretch their wings and take to the air for the first time. Male hen harrier chicks are brown, like the females, for the first year of their life to camouflage them while they’re in the nest. They don’t get that lovely grey adult plumage until they’re at least a year old. 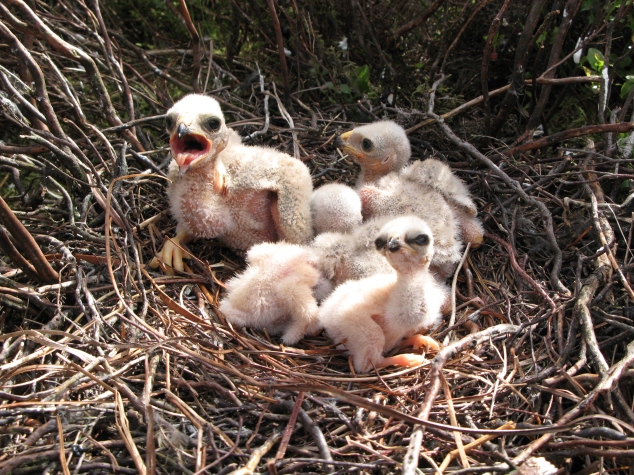 In the winter, hen harriers go all over the place, often travelling the length and breadth of the country in an effort to find food and a safe place to roost. Lowland and coastal areas like the south coast of England, the Dee Estuary and the Solway Firth, are good places to see them in the winter months.
Sadly, hen harriers are becoming an increasingly rare sight in our hills. Listed as a species of highest conservation concern, in England this year there were only three successful nests, despite enough habitat to support over 300. Numbers in Wales and Northern Ireland are low, if seemingly steady; about 50-60 breeding pairs each. In Scotland hen harrier numbers have dropped by a staggering 20 per cent in just six years between 2004 and 2010. 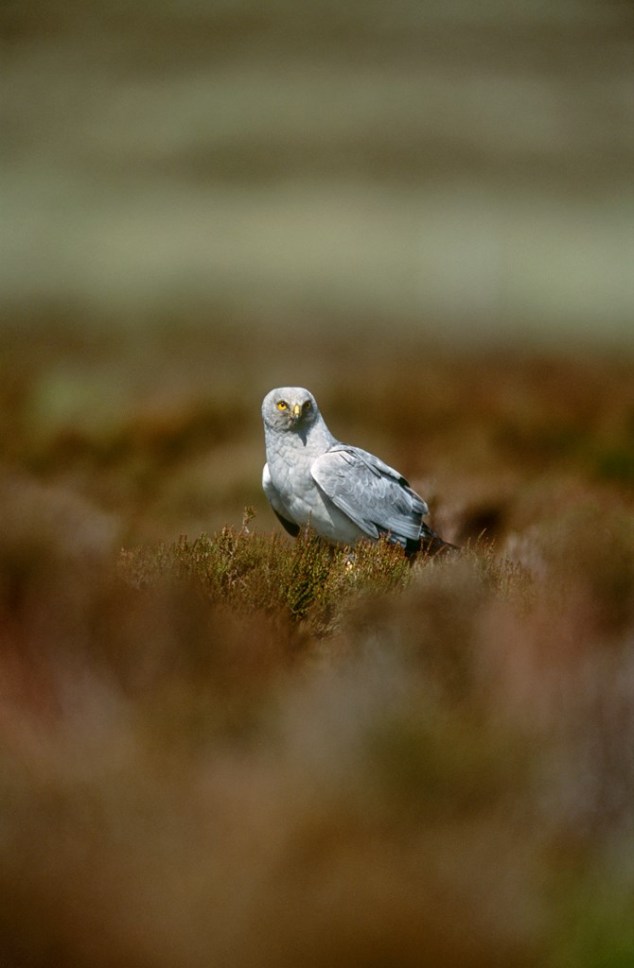 While hen harriers mostly eat voles and small birds like meadow pipits, they sometimes also eat red grouse, a popular gamebird. Sadly it’s this perceived conflict with grouse shooting interests and associated illegal killing that is behind the loss of these beautiful birds from our hills. The RSPB is working hard to address this and secure a future for our spectacular skydancers through our part-European funded Hen Harrier LIFE Project.
We are working with other conservation partners to raise awareness of their plight, raising awareness through Hen Harrier Day which is happening all over the UK during the weekend 6-7 August. We’re also celebrating Hen Harriers with our Weird Fish partnership as our latest charity t-shirt; Harrier Potter and the Deathly Sparrows, is now on sale.

As part of the work to raise awareness, we are fitting as many hen harrier chicks as possible with satellite tags to help us learn more about where they go and identify where they’re most at risk. From the end of this summer, you’ll be able to follow our tagged birds online. To find out more about our work on hen harriers and follow the fortunes of our satellite-tagged birds, visit www.rspb.org.uk/henharrierlife or follow us @RSPB_Skydancer.

This site uses Akismet to reduce spam. Learn how your comment data is processed.